How you can recreate your company’s strategy, even when you don’t realize you need to 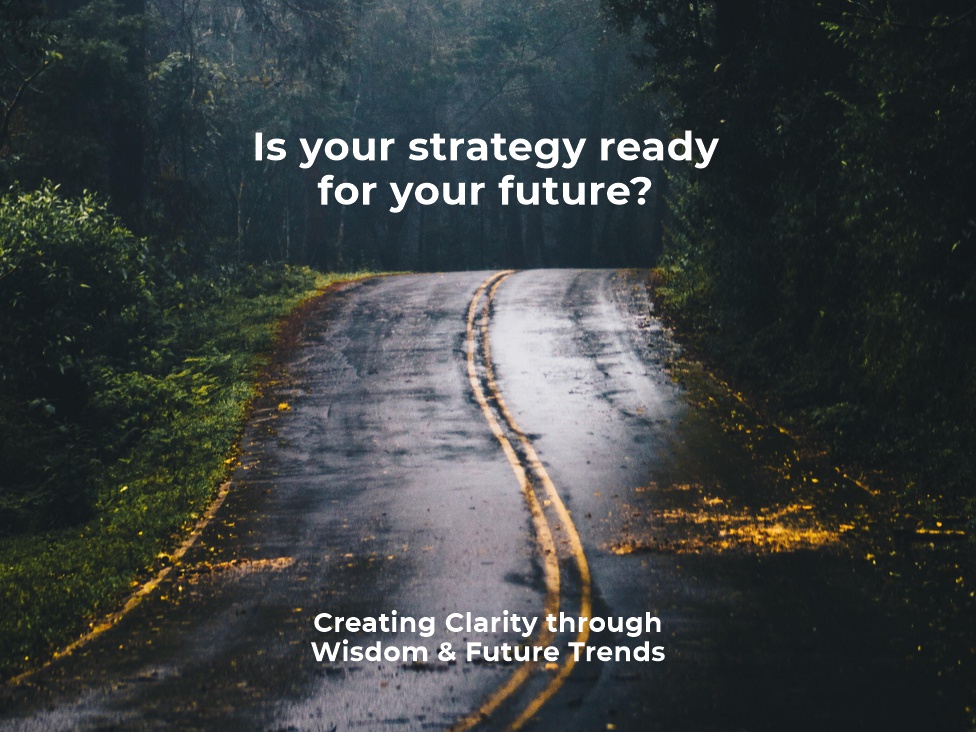 Leading up to an exciting opportunity for you to engage with our two experienced Future & Ancient Wisdom experts Jim Burke and Cynthia Cavalli we’re running a three-part series of articles on how unique combinations of foresight and ancient wisdom tools can be applied in powerful ways to successfully tackle the uncertainty and complexity of our present business environment to be better prepared for the future – This is Part 2.

Opening your Awareness and your Mind to what is coming

As part of a strategic review, futurist Jim Burke split the senior leaders of a tech company, in this article we will call the company Tech+, into three teams, each tasked with playing the role of a competitor hell-bent on putting Tech+ out of business. The managers reacted with groans and rolled their eyes – their company, after all, was doing very well and seemed to be untouchable in their space. Three hours later the teams emerged, quiet and concerned.

In our first article in this series of three articles, we looked at the case of a company struggling to reconcile its future with its past, and how recognizing the tension and creating space for uncertainty could help its leadership move forward. In this article we examine in more detail how you can make the shift to a mindset that increases awareness of the risks and opportunities that the future presents, even when they aren’t apparent today.

So, just how resilient is your present strategy actually?

When Jim’s team was invited to meet with the senior leader of Tech+ to initiate the strategic review, it was expected to be more evolutionary than revolutionary. Tech+ was highly proficient and at the top of their game. They were certain that they were irreplaceable to their customers. While they knew of other organizations that lost technical share, even went out of business, they were sure that their combination of technical expertise, decades of success, and close relationships with their customers guaranteed their continued business vitality.

In fact, during that initial meeting, the executive in charge of strategy turned to his bookcase, pulled out a document, blew off the dust and handed it to Jim’s team. It was their current strategic plan, with some 300-plus detailed goals and objectives. It was clear that the dust gathered because the organization was doing quite well without active pursuit of the goals.

Jim and his team helped Tech+ understand the changes on the horizon that new technologies could bring to their future, focusing not only on technical trends, but social, environmental, economic, and political developments that could have radical influences on the company’s future. In some cases, the Tech-Plus employees and management were blind to these changes because they came out of domains different from theirs. While some in Tech-Plus pushed back on the findings, most remained confident that they could handle and thrive with the coming changes.

It wasn’t until the competitive scenario-building exercise that the threats of the future became real. Each team built a different, yet plausible, strategy for eliminating Tech+. The mental process required to think through futures different from the one we assume will happen can be a painful process, because it forces us to stretch our imaginations in unusual ways. Yet it is only through this kind of exercise that we can unlock our ability to create competing visions of the future and ensure we make the most of it.

To know and to focus on what really matters

That shift in awareness motivated them to relook at their assumptions and led to a revitalized strategic plan. But instead of 300+ actions and goals, they produced a plan that had five core objectives that led to an even stronger organization. Tech+ expanded into a resilient global organization that regularly scans for new trends and continually reduces future uncertainty.

The third article in this three-part series will answer some of the most common questions Supertrends Institute partners Jim and Cynthia, whom you met in Part 1, are asked about strategizing for the future, as well as how you can take the next step in crafting a more ambitious future for yourself and your organization.

Would you like to learn more about Jim and how to verify if YOUR strategy is robust for the future of YOUR business?