Smart Homes, next level: Brain-Computer Interface in the House 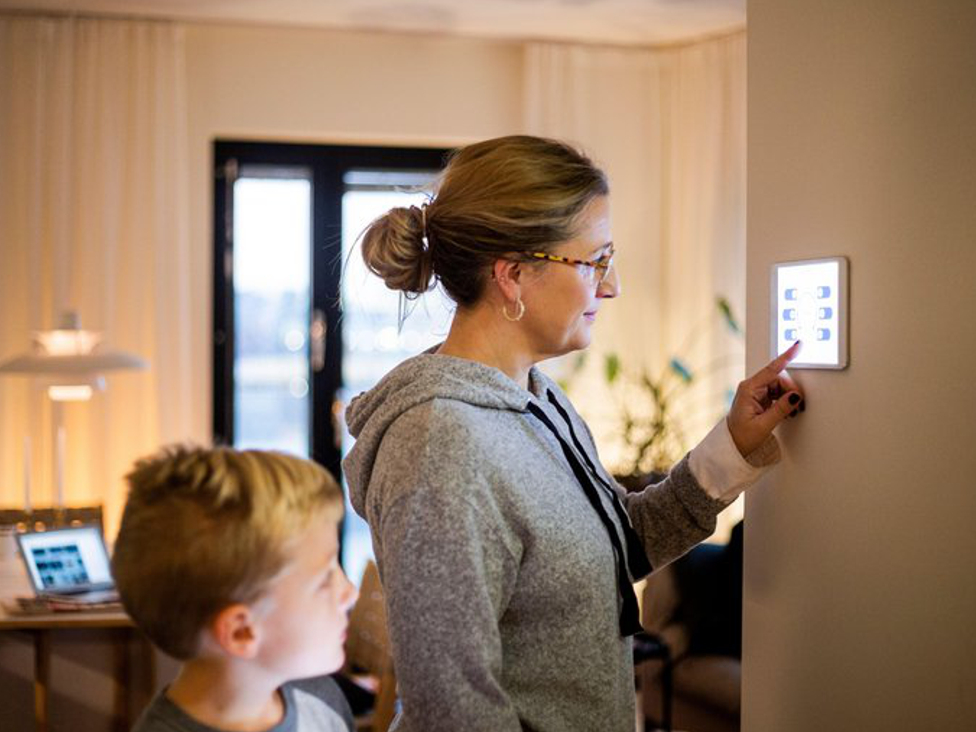 This article is an excerpt from a report by Partners in Foresight, The Home of the 2020s: Scenarios for How We Might Live in the Post-Pandemic Future.

Should a home literally stimulate the mind?

A 2020 global survey by Ikea found that the majority — 78% of us — felt home was a refuge during the pandemic. Home became the place we frequently sheltered, worked, and learned during COVID-19, and it was a sanctuary for many. During the lockdowns, 40% of the survey respondents said they embarked on home renovations to make their home more suitable. Nearly half (47%) of people in the survey say they are now willing to relocate some distance away from their workplace, while a third of respondents cited a newfound preference for a home office, private outdoor space, and a place to pursue a pastime or passion as dream home criteria. There are endless ways to customize a home. But what if our home was designed to shape us instead?

Brain-computer interface (BCI) is a rising technology of the 2020’s and it may one day be pervasive in our homes. The technology is meant to reduce the friction between man and machine by transforming the brain into a seamless user interface to interact with AI and other digital tools. Elon Musk expect to see his BCI device, called Neuralink, implanted in a human brain well before 2025. A monkey with a Neuralink implant recently demonstrated the ability to play video games with its mind. Musk has emphasized Neuralink’s immediate therapeutic application to victims of paralysis or neurological disease, but he champions a longer-term vision where brain implants allow us to achieve a number of brain hacks, including being able to communicate telepathically, even after we die. Some brain hacks require no implant: a startup called Nēsos has a set of earbuds that use electricity to treat rheumatoid arthritis, hacking the brain to reduce inflammation. Other companies, like Valve, are exploring BCI in a gaming device which would essentially read your mind. Hacking the brain at home for leisure, novelty, medical treatment, and mental help are all on the horizon, bearing many implications on the future of the way we live.

In the aftermath of the pandemic, working remotely and online learning from home are likely to retain prominence in our day-to-day lives. Sweeping changes situated the home as an epicenter of mental and intellectual activity during lockdown. Furthermore, the gravity of the pandemic has caused profound psychological challenges across swaths of society — young, old, rich, poor, male and female alike. In the next decade, it is possible many average homes will be the setting for neuro-hacks that support a positive mental state, brain function, and sustained intellectual productivity. Here are some examples of what that might look like.

New research suggests that artificial intelligence (AI) can detect a person’s emotional state based on cardiac patterns obtained using non-invasive radio waves. Future, in-home, AI, personal digital assistants may perhaps tap into our minds to make life less stressful . They might recommend treatments targeted to support specific mental health issues that we ourselves are not even aware of. Even a device as innocuous as the earbud has recently shown to be sensitive enough to detect subtle facial movements corresponding to anxiety disorders. There are headsets and EEG devices designed to help you sleep, meditate, and relax at home, all coveted markers of a low-stress life.

One theory of “The Extended Mind” suggests that the smartphone is a steppingstone on the path to merging mind and machine: “They augment and extend our minds by increasing our cognitive power and freeing up internal resources,” according to Dr. Karina Vold at the Cambridge University Leverhulme Centre for the Future of Intelligence. If the theory holds, it makes sense that as homes become “smarter” they become part of the extended brain. For example, brain hacking at home might allow BCI connected to a digital assistant to implement ambient effects such as mood lighting and aromatherapy to make the home more conducive to knowledge work or intense study. It could help us enjoy hobbies and express ourselves. We might allow a TV to detect our brain waves so that we control whatever film or show we are watching, or compose a song with our mind, allowing us to get in touch with our creative side. Students may hack their brains to show academic advances, rather than submit to tests or grades. We might hack our way into college, into a new job, or a promotion — from home.

Brain computer interface (BCI) could enable mind-reading in every home. BCI is a powerful neurotechnology and was effective at restoring sense of touch lost to spinal injury. Soon, new breeds of neurotech apps, implants, software, and external hardware may produce results that improve increased quality of life . For instance, BCI is an educational technology potentially useful for people with learning disabilities. This may eventually go further, such as supporting children with special needs or assisting people with disabilities and senior citizens. Gabe Newell, CEO of Valve, said BCI software permits humans to become psychologically “editable”. Thus, the video game of the future might be geared toward overcoming a phobia or managing early-onset dementia. The mind-reading aspect of the technology could assist in determining the needs of home inhabitants who have speech or hearing difficulties. Advances toward telepathy could bring harmony to homes where arguments and misunderstandings could be a thing of the past. People could also control various smart home mechanisms with their minds. 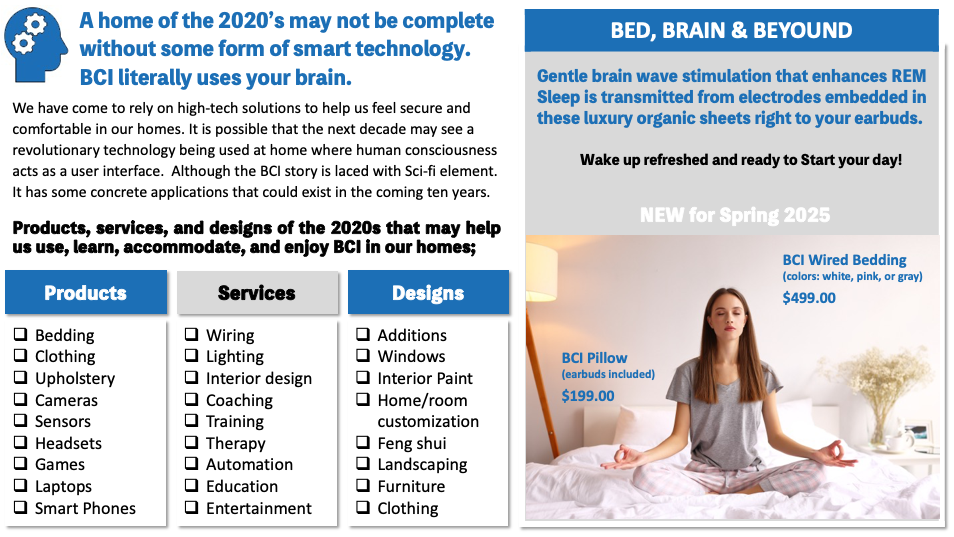 This article is written by futurist, educator, author, and TEDx speaker, Alexandra Whittington.

The Content House: How to Make Friends and Influence People … From Home
January 19, 2022