The Future of X: Gamification 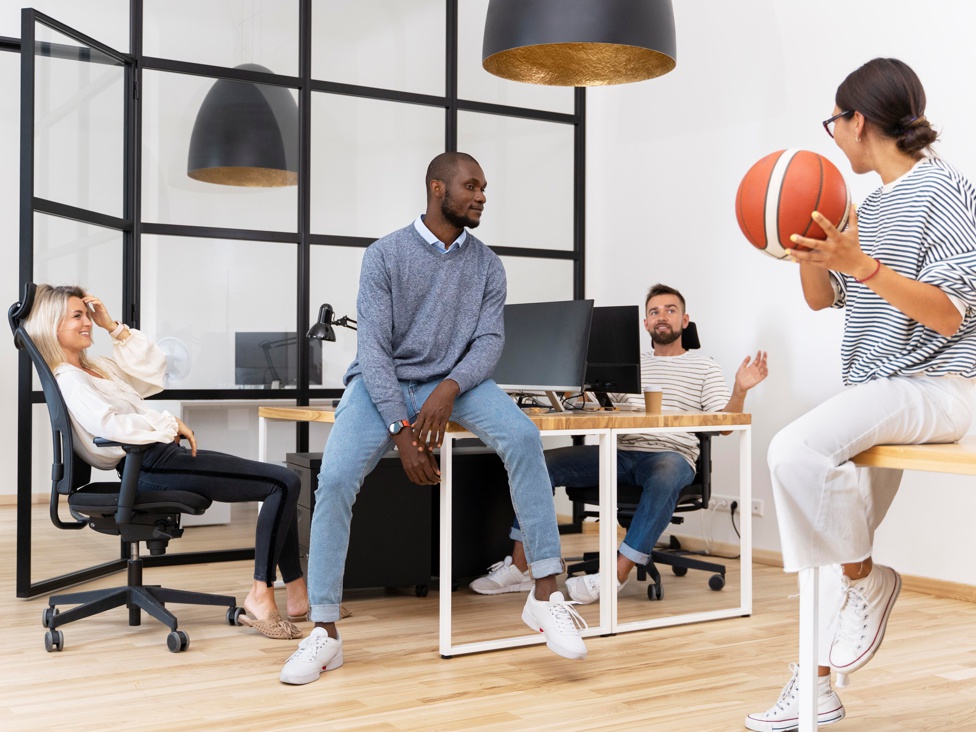 What if your work could be as fun as a game? Wouldn’t it be much more motivation and exciting to go to work, if you knew you would be rewarded as you would in a game? If for every client you gained or product you sold, you would “reach a new level”? Think about it. Maybe you’re already playing!

“The future isn’t so abstract when it comes to gamification. It’s already all around us. Pilots hire gamers to become pilots, because they’ve basically already done the training.”

Mark Stevenson is a futurist and the author of “An Optimist’s Tour of the Future” and one of his biggest worries about today’s work life is employee disengagement. He wonders why work isn’t enjoyable, when it’s such a significant part of our lives.

“The average employee is currently productive for about three to four hours a day. 85 percent of employees are disengaged with their work.” -Mark Stevenson.

Maybe employee disengagement is a cause of habit. We’ve gotten so used to doing the things we do, and we’re not even sure why we do it anymore. Or maybe we don’t care, because our boss doesn’t give us high enough demands. No matter what causes this, something has to be done.

If you dislike your job, it’s most likely the way you have to perform your job, that you don’t like. According to Mark Stevenson, we can fight this by making the active replication enjoyable itself. An example of this is having sex. Society would say that we have sex because we enjoy it. But the biological explanation is actually that we have to reproduce ourselves. So, we would probably still do it, even if Mother Nature hadn’t made it enjoyable for us. It’s kind of the same thing with our work. Whether we like it or not, we have to do it in order to support ourselves. But doing a “Mother Nature” and making it more enjoyable would probably solve a lot of issues and enhance our productivity tremendously!

Your gamer group is your new team mates

So how do we then make our jobs more fun? Mark Stevenson suggests gamification. This is something that Keisha Howard, the founder of Sugar Gamers, agrees strongly with. Her point is that human beings, kids, and animals intrinsically learn through play. And that gamification will have a positive influence on a lot of spectrums in our work lives.

“If we could quantify or qualify our work skills like in a game, or level up and earn points, it would motivate people in a whole new way. Maybe even give them a completely new platform to relate to one another.” -Keisha Howard.

But gamification wouldn’t only be a way of motivating people to do their jobs. It might actually be the foundation of a whole new way of creating work teams. In a lot of video games, roleplay and choosing your own character is a big part of the game. The idea is to team up with players who have skills that you don’t. So, the characters might not be good at everything individually, but when they come together as a team, they can be a very powerful source. If we began to create work teams like we do in video games, it could revolutionize the whole team dynamic at the future workplace.

Today, we strike to perform perfectly every time and we’re really hard on ourselves if we don’t succeed. In gaming, everyone loses all the time. The point is exactly that you can only win when you’ve actually allowed yourself to lose all those times. Therefore, gamification might also create a whole new idea of what it means to lose.

Now we want to hear from you: